The design team is responsible for mapping out the specific goals and expected results of the project.

The Project is designed to help restore delta banks that have eroded on islands and shorelines; increase upland habitat; protect native riparian and wetland vegetation; and improve the quantity and quality of fish and wildlife habitat.  The Project would add habitat complexity with large woody debris; promote diverse native riparian vegetation growth such as black cottonwood, dogwood, and willow; reduce nonnative invasive reed canarygrass; and control other invasive species.

The goal of the proposed restoration project is to protect, improve and restore key riparian and wetland habitats and their ecological function in the Clark Fork River delta.  To meet this goal the project has two focuses: 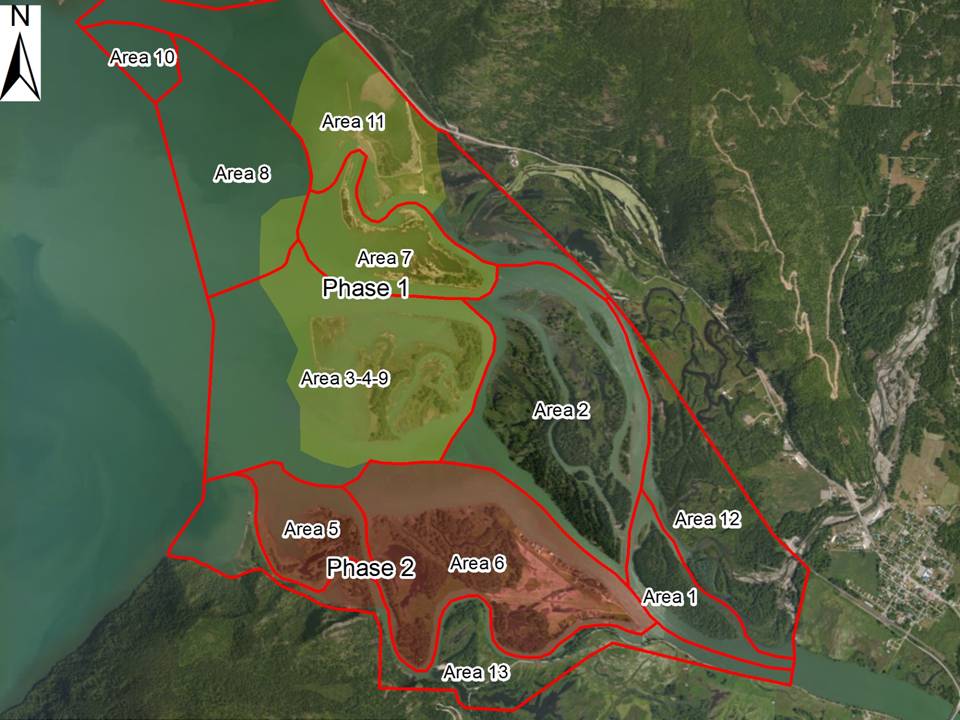 Many of the protection and restoration techniques proposed within the proposed project have been implemented at sites nationwide and proven to be successful through other projects such as the Pack River delta project completed in 2009.  The design is currently at an 90% level and includes computer design of the proposed ground surfaces.  The 90% design also includes initial input regarding cultural resources from the Kalispel Tribe. The following types of activities are proposed in the project design to meet the project goal: